Japanese Role Playing Games have been my favorite genre of games since I was young. I didn’t know the difference between a game made in the USA or Japan. I mean, its not like they have a “Made in Japan” stamp on the back of the cover. Off I would go, getting immersed in these fantastical world’s of adventure, romance, war, drama, life, death, random encounters and epic boss battles. I’m not really sure as to how I was able to pick up so many, even though I didn’t have the internet and all it’s glory to help me find the latest release. I give God the credit to helping me find these, because some of the games I want to highlight in this post are so obscure they were hard to find years ago, and still hard to find today!

I wanted to make a list of some JRPG’s you may have never heard of, or maybe you’ve seen them in passing but never picked them up for various reasons. I encourage you to check these out, read the reviews to the ones I linked to and I hope you get to experience them as much as I did. Some are older than others, but it’s not the age of the game that matter so much. Think of it like picking up an old book written decades or even hundreds of years ago, the characters, plot and settings still come alive as if they were just written. 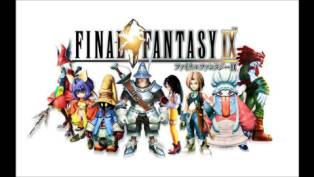 I used to skip school just to play this game. Oh yes, it was that good! Now, I’m sure that if your reading this, you’ve most likely played at least one of the Final Fantasy entries, but IX doesn’t get the appreciation that others in the series do. Stuck between the legendary romantic drama of Final Fantasy VIII and the fabled Final Fantasy X, this gem has been overlooked by many JRPG fans. To me, it’s not as good as X, but it has a charm of its own. You play as Zidane, a rogue thief who gets entangled with events that are bigger than him…but he doesn’t care, he just wants to win the girl and go home! There are memorable characters to meet (some not so memorable…Quina…cough, cough), amazing graphics, cut scenes and music that look and sound spectacular.

Get my newest posts to your inbox!

Took a few minutes to figure out but I learned how to download my short clips from #PS4 that go to Twitter, and use Hoot Suite to post on my instagram. Oh technology...I'm often a few steps behind you!
Got more manga! This time its all Mega Man.
Matthew wrote a review on #WhatTheGolf? which is all about golf, silliness and a good time. Definitely check it out on #NintendoSwitch
My PS3 collection. Its not that big but wanted to share it with you all, and some of my thoughts on them.
I'm joining again with @christian_geek to help fundraise for @StJudePLAYLIVE
I am enjoying my growing collection of manga! Here’s the latest edition.
My Tweets