The following guest post is from Mike, who reached out to me about this article on avoiding anger and bad decisions while we are gaming. I think it’s a good one to read while we might be getting frustrated being stuck at home for so long while we deal with this pandemic.

Let us know in the comments how you deal with negative situations online while gaming, or just in general!

For quite a while now, video games are no longer what they used to be, especially when it comes to the ones you can play online, with or against other players. However, not only certain players are at fault for this, but also the competitive nature of the games, through tons of achievements, collectibles, ranks and things you need to ace, which in online games, it means you need to rely on other players as well.

As the preferred gaming genre has shifted towards competitive online games, such as Battle Royale, FPS, MMO, and MOBA, so did the players’ desire to be the best in that particular game or match. What was once an achievement to beat a single-player game, has now changed to rating points or having to defeat all other players in a solo-queue or team-based game and emerge victorious.

On top of that, in the above-mentioned genres, there is no pause button and any attempt to rethink your plan or strategy must be discussed with your fellow teammates, which in turn, based on how the match is going, can lead to arguments and words nobody should say to one another.

So, with that in mind, let’s see what you can do to avoid behaving poorly and also, to deal with the toxicity if it’s coming your way.

How to Avoid Being Toxic

Getting frustrated or upset is normal, even if it’s just a game, but going from frustration to blowing off your steam, is not going to make anyone’s experience any better.

That being said, let’s check out these few tips on how to avoid being negative in the chat, tips which not only will save you from saying something you might feel bad for, but also ensure you won’t get banned from that game due to your behavior!

Although this might be a bit harder to figure out, even though we “feel like it” a lot of the time, we’re not always in that shape. Sort of the “you think you do, but you don’t” type of thing, you need to take into account that not all of your games from that particular session will be won (perhaps maybe none), so you should really give it a few moments to make sure you do actually feel like playing that particular game, knowing that losing is a real possibility. 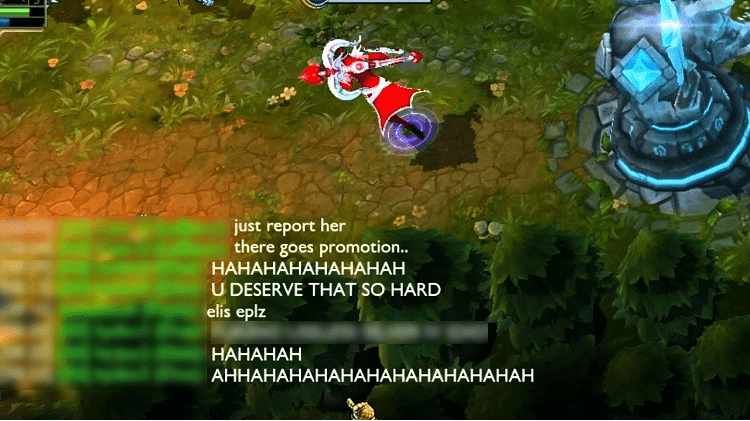 This is important because based on the game you play, there are things such as Ranks, Brackets and Skill Rating that you need to consider, and you might be just one game away from a demotion or promotion, so if you don’t feel like dealing with that today, then leave it for another time. This is something very common for games such as League of Legends, where a lot of players get very upset if they miss a promotion, and might resort to chat arguing instead.

Say you’ve been on a losing streak for a few games, and yet you’re looking forward to the next match as the one that makes it, keep in mind that it could also be a loss, and thus upset you even more. There’s a real chance you’ll end up in a game that would be a win, but you’ll already be upset and frustrated from the previous ones that you might resort to arguing with others and even end up losing it as well. 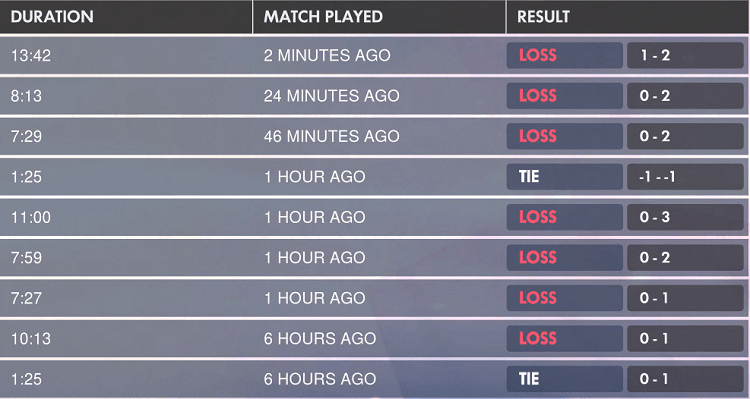 In fact, the best way of dealing with a losing streak is to take a break, whether you want to get some fresh air, play with your pets, get up to date with the latest memes, check out some cool YouTube video or even browse social media a bit. More often than not, a break will allow you to return with a fresh mindset and even appetite for playing the game as opposed to only that desire of winning.

Unless you’re super cozy and just want to play a few games by yourself, you should consider bringing a friend along. You can even ask one of the players you’ve played with if they’re willing to tag along so you can play together!

You don’t even have to play the same game, but sometimes just hanging out with a friend via Discord or even Facebook Call will help, and you can just catch up on things or talk about random stuff whilst playing. This is sure to help you ease your frustration, as you can just vent to each other and have a good time about it instead.

However, not all of us have friends to play with or talk to via headphones, so a very good alternative to this would be to just stream your gameplay on Twitch, Mixer or YouTube. You don’t need a webcam and you don’t have to be a professional streamer either, but this way you can at least talk to yourself whilst playing and even end up with a few friends among your viewers!

How to Deal with Other Players Being Toxic

Dealing with other players being negative or toxic is a lot easier, and to a degree, this can also be included as a tip to avoid being toxic yourself, as sometimes you might end up fighting back in the chat as well.

That being said, the best possible way of dealing with other players being toxic is by muting them, and just go about your business. By doing so, you will no longer be able to see what they type in the chat and thus, you’ll no longer get affected by that.

For example, in order to mute your League of Legends chat, all you need to do is type ” /ignore all ” then press Enter, whereas for a game like Overwatch, that would be accomplished with the ” /hidechat ” command, along with leaving voice chat or muting a particular player.

Based on the game you play, you should find the chat commands on Google in order to mute players, so make sure you check that out and write it down for whenever you might need it!

Whether you’re looking for ways to not give in to frustration and argue in the chat or simply want to steer away from negativity altogether, you should give these tips a shot and see what works best for you!

Moreover, should you have your own tip that does the trick when it comes to negativity in online games, please feel free to share it with us in the comment section below!

Mike is an avid WoW and Overwatch player and a huge fan of Netflix shows.Check out his website on helping players get unbanned at Unbanster.We are not affiliated with his site so please speak with him if you have any questions about the services he offers for players. God bless!