As the ranks continue to grow in the Gaming & God community, I thought it would be good to highlight our new staff. This was previously done with Andrea through the Gaming with Purpose column. J.R. is new to the blog, so I hope you can check out his work and get to know him a little more below! God bless.

My name is J.R. Sommerfeldt, but I’m not a junior. My actual name is Jason Robert; J.R is just easier for everyone to say. In 1983, I came into this world during a terrible rainstorm in Air Force Base Hospital room. There really is nothing spectacular about this save for the fact that this hospital was located in Fusa, Japan right outside of Tokyo. So yes, I was born in Japan and later came to the states as an infant when my father began working as a firefighter at the Air Force Academy in Colorado Springs, Colorado. It would seem, though, that some of the Japanese’s love for technology stuck with me even at an early age.

I was four years old when I played my first video game. My father joyously brought home an Atari 2600 back in 1987, and he had a handful of game cartridges to start us off with. The first game that I can ever remember playing was Combat, a game that allowed you to play against your opponent in either tanks or planes. Even at such an early age, I proved to be a worthy opponent to my father. Playing those games were just the beginning.

As I continued to grow and follow my family around the globe as a military brat, three factors remained a bedrock in my life: my family, my faith, and my games. My mother raised my brother and me in the church, and since most of the time we only attended services on the bases, we really didn’t have any denominational affiliations. We were Christians, and my father, who began as a raging alcoholic, eventually gave his life over Christ and completely changed everything about himself. God became the cornerstone of our lives, and that influence would drastically change the course of our lives forever.

After retiring from twenty years of military service, my father became a Baptist minister. After high school, I went off to seminary to become a pastor and start my ministry. My brother would also go to Bible College and became a youth minister. Life moved on and we all started our own families, with myself getting married right after college and beginning a ministry in Missouri. Fourteen years later and we are still going strong, and we also have three children to show for it. Throughout all of those years, God and games continued to be very important to us.

My wife and I have played World of Warcraft together for 14 years and counting, and to this day it is the only game that we play together. The game has helped us to connect with each other through virtual play that translated into real-world closeness. I myself enjoy some JRPGs and first-person shooters, as well as the retro titles that I grew up with on the Air Force bases.

Probably my favorite way to connect with my kids is through video games. Since getting a Nintendo Switch, my kids and I have played multiple titles with each other. As goofy as it is, 1-2 Switch is one of our favorite games to play with each other. We also enjoy watching each other play games. My son, who is now 12, is starting to get interested in RPGs, so I have been able to introduce him to all the wonderful games that I enjoyed when I was his age. It really is very rewarding to see your children finding thrills in the same games that you did so many years ago.

Despite all the fun with the games that we have, my family is dedicated to the Lord first. My oldest son and daughter have both accepted the Lord as their Savior, while my newborn can sleep well knowing that he is being raised in a Godly household. The Lord is truly our Rock, and we can lose everything else in this world, including video games, and still hold on strong with God as our refuge. 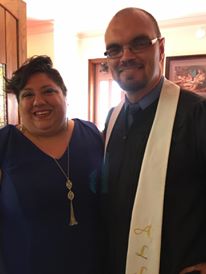 Got my latest manga today. Haven’t read it yet so not sure what to expect :)
This year is my year to clear some of my backlog. Last night I got around to play some old school #Castlevania with their Castlevania Collection which is great. It has several games from the NES/Gambeoy and SNES era of Castlevania which I never played. I've wanted to try out the franchise, and this was a great way to get into the earlier games without having to find them one by one, or figure out which to get, etc. I am a fan of collections, so I prefer buying those.
Good stuff. Really enjoying this book, peels back so much of the nonsense in the prosperity gospel world. So many lies...watch out for the wolves in sheep clothing!
Dropped #fairyfencerf from my Steam library. The game was trying to be funny and serious at the same time.
Finally finished this volume. Review coming for @beneaththetangles ! Was a real good one! SAO fans, go grab it! I can’t wait to read volume 2
My newest interview is up with Andy from @TamingGaming
My Tweets