Perfection. That’s what I am hoping for with this remake that after 5 years of development, it has seen the light of day. On 4/10/20, the full game (sort of) will be released and fans can finally play it on the Playstation 4.

The demo was released on 3/3/20 (my wedding anniversary!) as an appetizer of what’s to come, so I was very excited to finally try this one out. It’s not often that demos for popular games are released anymore, though they used to more frequently in the past. I left it downloading in the morning, so when I came back from work I could get my hands on it.

The beginning starts with the remake of the intro from the original, which is a slow pan view from the streets of Midgar out until you see the whole city. You are then thrown into the action, with Avalance out to blow up the Shinra factory. Avalance is the crew that Cloud Strife, the main character, is working for as a mercenary to help them get through any patrols or other enemies.

As you progress, the characters flesh out a little more and you learn the controls as well as expand on the story. Another main character joins your party, Barret, who has a great personality that had me laughing at times.

There are some cuss words dropped here and there, but the original had the same kind of “gritty” attitude about its dialogue so it’s not surprising. 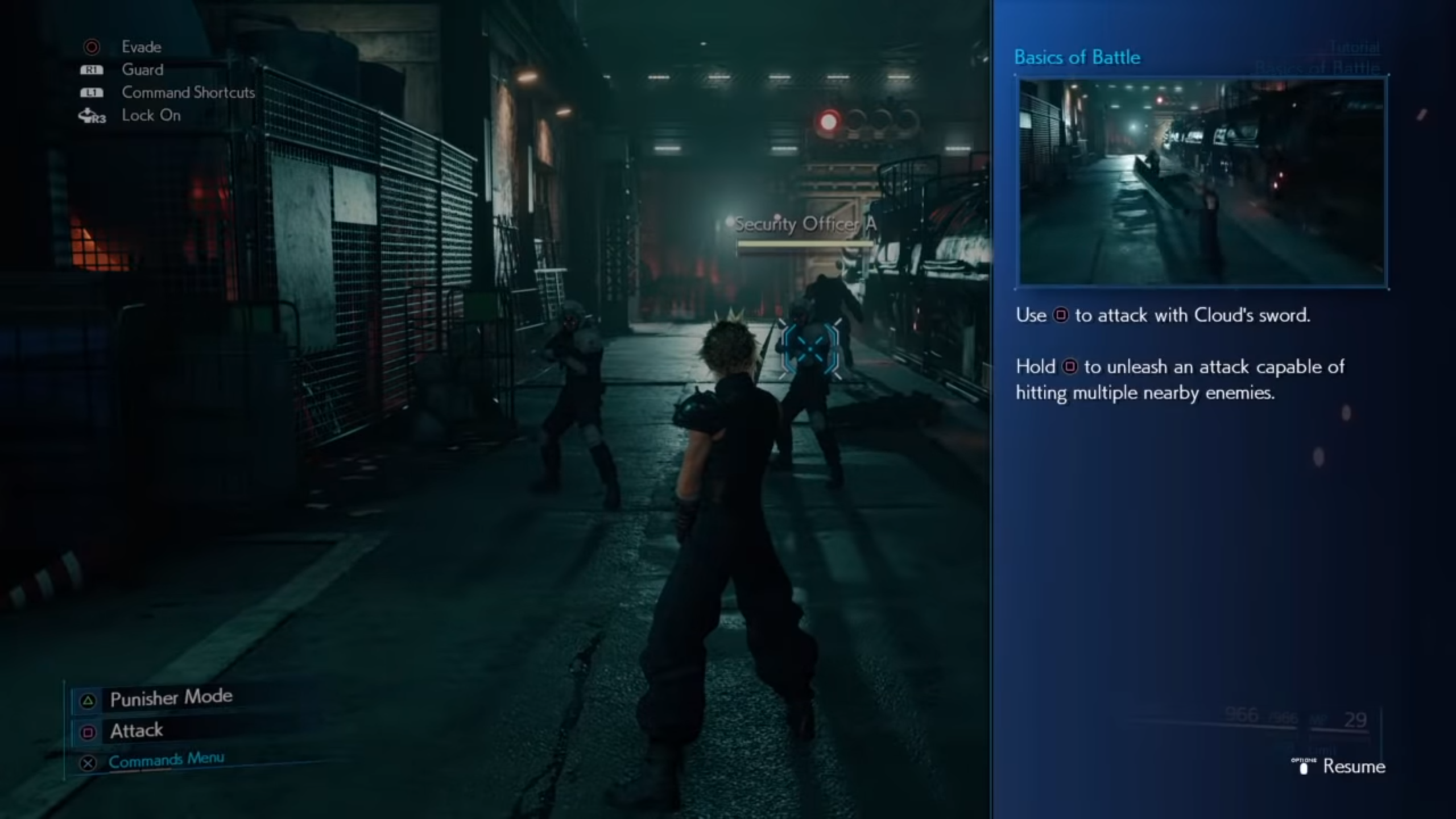 The game has had a complete overhaul when it comes to graphics, music, and gameplay. Nothing is like the original, and it is literally a remake, this is not an HD remaster or a port. You can see the effort and time that was put into the game, as the graphics show off so much detail, lighting, and smooth textures that I was enjoying every minute of it.

Nobuo Uematsu returns to score the game’s music, and he gave them a new life. The battle themes, moments of tension or other situations involve you more and pull you into the game. Even the attack or menu sounds were nostalgic, and I’m looking forward to hearing more of it!

My main gripe with the game were the controls. The battle system was new to me, as you can attack or move freely, but to use abilities you have to switch to a small menu and select them. Once you can control Barret, then it gets even more complicated because you have to switch between them for attacks sometimes. I can only imagine when you have four characters and your fighting a tough boss, forgetting to switch between someone could get you a game over easily.

The demo ended on a climax which was great and left me hungry for more. I just hope that the game itself isn’t very short, as this first part ends when the group leaves Midgar which wasn’t very far into the main game. It better not be a whole bunch of fetch quests and a short main story which happens sometimes with these huge JRPG titles.

What’s your opinion on the demo? Did you like it? Are you getting this game when it’s released, or going to wait it out and see how it is?

Looking to play it for yourself? Check it out below!

My latest Retro Gaming Club review post is live. This time, I focused on three old school SEGA Genesis games.
Megumi Hayashibara is one of, if not my favorite voice actress in anime. Also her music is fantastic.
Amen. He is holy. No one like our God
@fangamernet has some amazing apparel and gaming merch. Just got my newest T-shirt from them.
This year I've partnered again with @ChristianGeekCentral to raise money for St. Jude. The platform that is organizing it all is GameSave, and I encourage you to check them out!
Had a nice time with my beautiful wife at @palapamiami
My Tweets