Could you be addicted to videogames? Do you think they can be classified in the same league as drugs, alcohol and other substance abuse?

In September 2018 the World Health Organization decided after gathering reviews, evidence, studies, and expert opinions that Gaming Disorder is now a thing. In light of this, I wanted to touch on its definition and what I believe can help overcome it.

Parents especially worry that their children may be hooked on their mobile devices or consoles playing for hours on end, but that’s just a disciplinary issue, not a gaming disorder one. If a child is non-stop on a device, as a parent you need to either take it away or put limitations on the amount of time they can use. That’s what my mother did with me, and it worked!

For those that don’t know the details, let me quote from the source:

What is gaming disorder?

Gaming disorder is defined in the 11th Revision of the International Classification of Diseases (ICD-11) as a pattern of gaming behavior (“digital-gaming” or “video-gaming”) characterized by impaired control over gaming, increasing priority given to gaming over other activities to the extent that gaming takes precedence over other interests and daily activities, and continuation or escalation of gaming despite the occurrence of negative consequences.

For gaming disorder to be diagnosed, the behaviour pattern must be of sufficient severity to result in significant impairment in personal, family, social, educational, occupational or other important areas of functioning and would normally have been evident for at least 12 months.

It’s important to note that the person has to be struggling with this for 12 months and it has to create “significant impairment” to some area in a person’s life. I want to clarify that this doesn’t qualify for someone who plays videogames a few hours a week, which most gamers do worldwide. There will always be an exception to the rule, but overall gamers are not skipping work or class, not paying attention to their spouse for long periods of time, ignoring their children or not eating because they are playing a videogame.

This is not common among gamers but it does happen and should not be ignored. Like any addiction, whether it be a drug, desire or action that is difficult to stop, there is a way out and there is freedom. Gaming disorder is when someone cannot tear themselves away from the screen and controller, no matter what. The high of completing the game, unlocking another reward, trophy, or high score is motivation for them to continue.

I have written on the topic of playing too much and knowing how to keep priorities in order, but those posts are for people who aren’t struggling with this specifically. Using videogames as an escape is dangerous and harmful to that person and those around them. Overcoming urges that are beyond our control have to be given over to a greater force than ourselves.

Casting all your anxieties on him, because he cares for you.

For God gave us a spirit not of fear but of power and love and self-control.

I know it can be hard to overcome obstacles in our lives, especially ones that have names like Gaming Disorder or any other one. It’s frustrating because we just aren’t strong enough to do it, no matter what technique we try. When we lean on Christ, instead of our own understanding, then He will give us the strength to get through whatever it is we are dealing with. 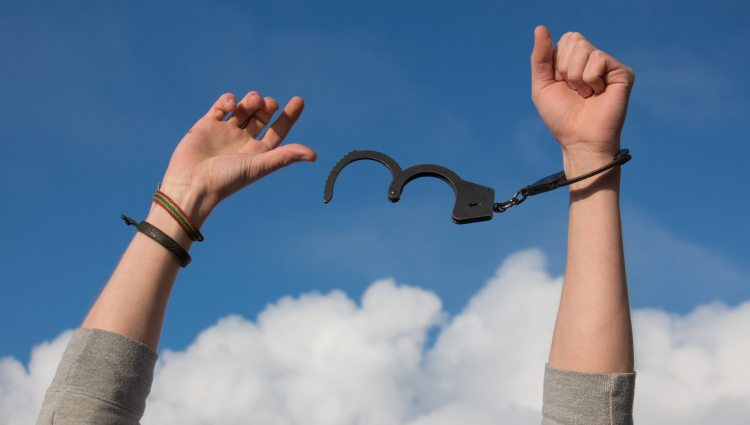 God has given those that have surrendered their lives to Christ, a new spirit of self-control. That means without God’s spirit in us, helping direct us on the right path we will always pick the wrong path. Instead of smoking the cigarette, He will give you the strength to put it down and throw it away. He will help us to throw away all the witchcraft and occult objects, stop swearing, eliminate pornography, calm our anger, and destroy the works of the devil over our lives.

Bottom line, Gaming Disorder is just like any other disorder. When it faces up to the name of Jesus Christ, it has to leave and we will have control over our gaming time. In life, there are oppositions that we can’t overcome on our own no matter what. Put all your cares, worries, anxieties, issues and problems onto Him and He will give you rest.

One thought on “God’s Strength and Gaming Disorder”

Got my copy on sale. I wasn’t that interested after the bad reviews but I will give it a chance, especially since it was on sale :)
I was at #bestbuy to return something and saw this old school Pac Man arcade cabinet in the middle of the game section. I lost on purpose because its a LONG game haha.
Finally got around to play #streetsofrage4 which I have to say is AMAZING!
Thank you Japan for the beautiful Lunar manga. Got this one on ebay, direct from Nippon itself. The seller also gave me a nice origami crane which is very cool! Never received one before, and I THINK its like that. I tried to open it more but I think I will mess it up…
Check out my latest post thats part of the Retro Gaming Club! Three retro games I tried out recently. Have you played any of these?
Trying out the feature to download #nintendoswitch screenshots and videos to my smartphone and see how they come out! Not too bad though I wish it were a little simpler. Better than nothing though.
My Tweets