This is an excerpt from a post I wrote recently for Love Thy Nerd. Please see the link above and below to read the full article.

I want to thank the team over at Love Thy Nerd for the opportunity to write for them. I hope you will check them out as they are a great community of Christian geeks who love Jesus, play videogames and board games among other geeky topics. They have a Discord, podcasts, facebook page and are pretty much everywhere. Enjoy!

My horse was galloping as fast as it could while I dodged bullets flying past me. If my heart pumped any faster it would pop out of my chest, but I couldn’t stop running. The law was after me, and for good reason. I had just killed several innocent people in the process of rescuing a fellow gang member from jail in a town called Strawberry, which I had left in a bloody mess.

The way of the outlaw in the Old West is the way of violence. It’s this violence that Arthur Morgan, the main character, begins to question and think about more as you progress in Red Dead Redemption 2.

Dutch reminds me of a lot of leaders who want to inspire and lead others but don’t have the proper vision and foundation to do so.

As the stakes get higher and more life-threatening, decisions are made where Arthur is stuck doing the dirty work for his gang’s leader, Dutch van der Linde. This picks away at Arthur little by little, evidenced by little comments he makes here and there, criticizing Dutch’s plans. He is still loyal and doesn’t have much choice since it’s for the benefit of the gang, but over time the plots that are put together seem more dangerous and non-sensible which puts Arthur’s life in danger. 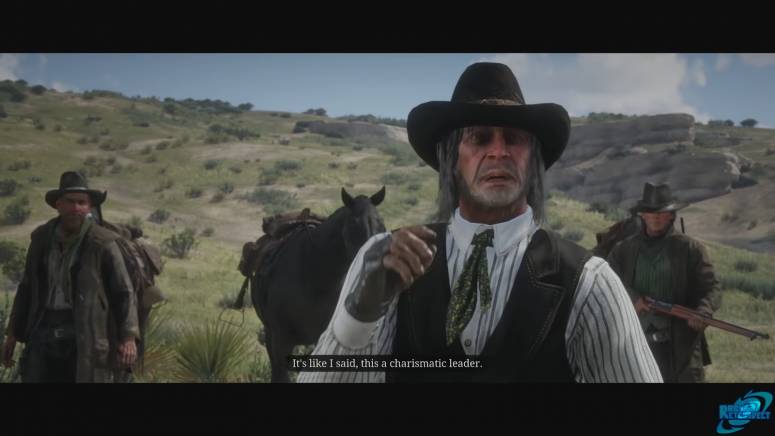 I have to give it to Dutch though because in the beginning, I too was hopeful in the orders of our charismatic leader, trusting his lead in dangerous situations that everything would work out and at the very least no one would be killed. He knew how to get people who had guns pointed at us to not shoot long enough to plan an escape (or use Dead Eye and eliminate them quickly). It was fun to see what story he would invent on the spot to save his friends. Eventually, though, plans didn’t go as Dutch imagined as he encountered individuals that were craftier, wealthier and more powerful.

In Chapter 4, there is a scene where Dutch drowns a man in a swamp at night by holding his head underwater. What happens next is even crueler, he kicks the lifeless body overboard to a hungry alligator. His crew observing the horrific murder were disgusted and questioned this display. Dutch replies, “it was us or him, I figure it might as well be him”.