Being in front of a screen was always more entertaining and fulfilling for me. Every game was an experience, refreshing and intimate since I had no background as to what would happen. Back then, there were no strategy guides, GameFAQS (thank God for them!) or internet to search for tips. Either you knew someone else that played that game, or you figured it out on your own which made it feel more a personal success when you beat one.

Since it’s been many years that I play some of the classic video games of my childhood, I wanted to list them not only for myself, but to share some moments I’ve had with each one and why I played

I had no idea that this game was an RPG until many years later. I just found it fun, yet I had no idea what was going on in the story. It’s a confusing plot about the end of the world overrun by monsters. Your character awakens from a pod and goes forth to figure out where he is, who he is, and collecting swords that represent four elements (wind, fire, water, lightning).

It was not an easy game and I never beat it! You could save your game which was a new feature in NES games at the time. Usually, you had to input a complicated code. If you can find this game, it’s an interesting one and I believe was my first RPG experience.

The Breath of Fire series is dear to my heart, especially this one. The beginning of the game shocked me a little when you fight a large boss named Barubary, who defeats you instantly. I’ve never experienced that in a game before. The characters, music, and multiple side-quests made BoF2 a lengthy but enjoyable game.

Surprisingly, the story was pretty sad and sometimes dark. The main character, Ryu, has to deal with losing his mother, along with his father and sister disappearing. The story was heavy with a plot that uses the church of Eva to twist people into worshipping a false deity. It had me intrigued because, once again, I had never played a game that had such a dramatic turn of events around the finale. If you enjoy JRPGs, check this one out. 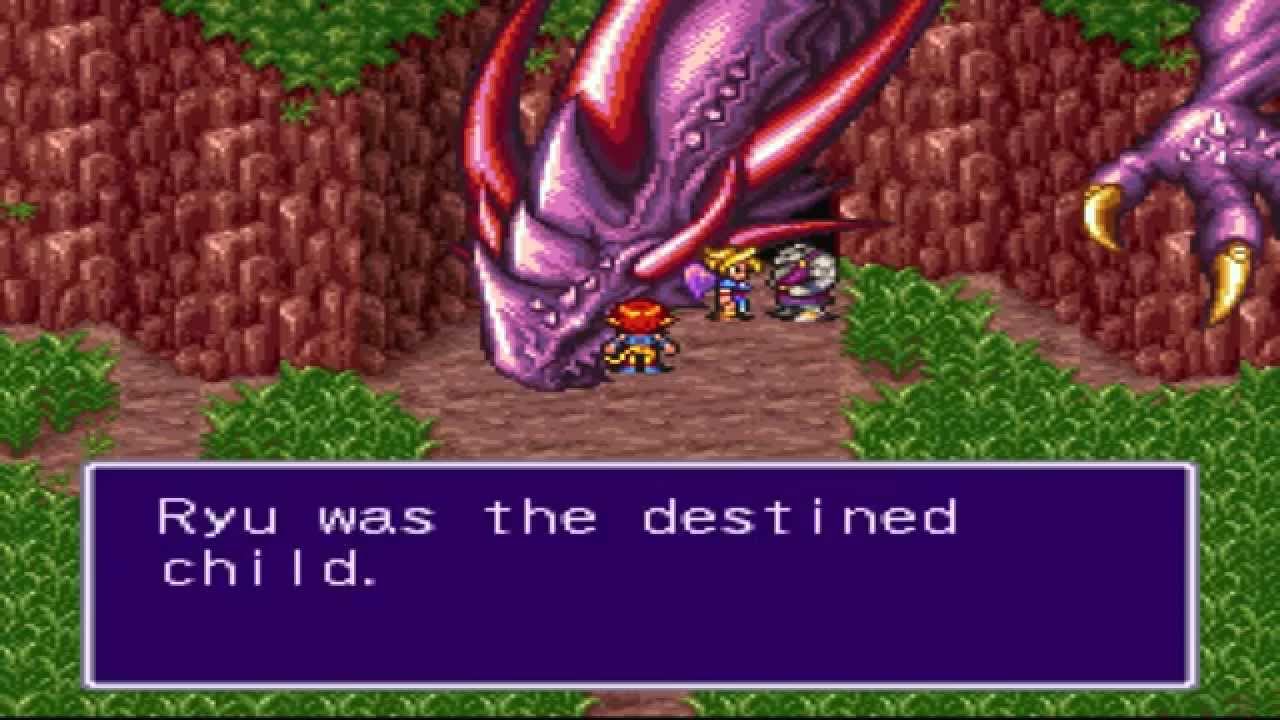 This game was given to me by a family member, so it was dear to me. I enjoyed it most out of the other Donkey Kong Country titles, especially playing as Dixie who could fly around like Tails in Sonic the Hedgehog. It was also a little bit of a long game, and the music was memorable. I still listen to remixes of it on my Spotify playlist.

It can be a little challenging, but it was just fun. You can tell the creators had a good time making this game, especially with all the little jokes and culture references sprinkled in the dialogue.

I would say this is the most obscure RPG I have ever played. I don’t even remember how I got a hold of it, most likely I thought the cover looked cool and bought it in my SNES days.

The story deals with history, time travel, spiritual beings, and a journey to save the world from evil (of course!). What I found fascinating is that the game doesn’t end with a happily ever after. After defeating the main boss, the timeline is changed and the main characters are sent into the future without any memory of their present life or relationships. Finally, you see them meeting each other at a modern school, while the entire game you were traveling through ancient locations without any technology so that was cool.

If you can somehow get a hold of this game (I couldn’t find it anywhere for sale aside from the original SNES cartridge), give it a try or at least watch some of it on Youtube!

Another JRPG that is also an adventure game, similar to Legend of Zelda: A Link To The Past. You play as a young boy who discovers an ancient sword called the Sword of Mana. Using his new weapon, he and his two companions travel the world to save it from an evil emperor who wants to destroy everything (of course).

This game gave you multiplayer capability if you had more than one controller. It’s one of the only RPGs you can play with a friend. The music in this game is especially memorable, as remixes are still made to this day of the soundtrack.

Its plot is not that interesting, but the gameplay makes up for it as battles are challenging and strategic. I had fun playing this classic, and I hope the remake that was done will meet my expectations once I pick it up.

If you’re strong, you can fly
You can reach the other side of the rainbow.
It’s your right, take a chance
’cause there’s no circumstance
That you can’t handle, when you use your mind!
Sonic Boom!
(Trouble makes you running faster)
(Sonic boom… Sonic boom…) Sonic Boom!

You know these lyrics if you’ve ever played Sonic CD. It was the main reason I begged my family to get me the SEGA CD extension for the SEGA Genesis. There weren’t many good games on it, but the fact that I was playing on a CD instead of a cartridge was very cool at the time.

I only had this game and I believe two others, Ecco the Dolphin CD and this horrible game called Sewer Shark which I’m not sure why I bought it.

Sonic CD was such a pleasure to play, as it had the same speed and gameplay that made Sonic special but added time travel in the mix. You could go to the past or future, and the level would change. The music was different, as were enemies and all the graphics. This is also where Metal Sonic was first introduced, and that level was a blast to get through since it was the first race between two hedgehogs in Sonic history.

There’s never been another game like it, and for Sonic fans I highly recommend picking this one up. You will enjoy it for its fast pace and catchy soundtrack.

Haduken! Street Fighter has always been a welcome title in my fighting game collection. I first played SF2 for the SNES, then later picked up this new entry in the series for the SEGA Genesis.

This game was just like a DLC or expansion of SF2, with new characters, music, and stages but kept all the original ones from its predecessor. It was faster also, which made the gameplay more enjoyable for me.

I enjoyed the four new characters: Fei Long, Cammy, Dee Jay, and T. Hawk. Cammy became my favorite of the four, and I still use her to this day as one of my mains.

I missed quite a few that I wanted to add, but I will save those for a second part.

Which ones were your favorite from the list, or which have you played?

I hope you enjoyed my list, and let me know below which are your favorite retro games!

I decided to try out the XBOX PC Pass for $1 for 3 months.
Happy New Year! Feliz ano nuevo! I pray this year is a blessing and better than 2020.
Merry Christmas!! Feliz Navidad a todos!
Have you ever struggled with your faith? Had doubts? Church abuse or spiritual authorities living contrary to what they preach?
Got myself a couple new anime blu-rays. #Megalobox and #Clannad which are both very different. Megalobox is a more recent show, and Clannad is a classic among fans. Highly recommend both!
I have been playing through this wonderful JRPG from NIS.
My Tweets