Here at Gaming & God, one of my goals is to create bridges between other Christian individuals or groups that are also reaching out to the geek community. Whether that’s in video games, board games, anime, movies, or any other form I want to see how I can partner and help them out.

I am a follower of Christian Geek Central for a long time, so I thought I would reach out to Paeter, the owner, to see if he’d be up for an interview and he was! Be sure to check out the links at the end of the interview to find more information on what he is doing and how you can be part of it all.

Hi Paeter, thank you very much for the opportunity to interview you! I’ve been a follower of Christian Geek Central for a few years, even before I started writing, and was one of the motivators that led me on this journey of Christian geekery :).

Thank YOU! It’s cool to see the work you’re doing and I love connecting with other Christian Geeks!

Ok, so let’s start at the beginning. What’s your origin story? How did CGC come about, and tell me a little bit about yourself? I don’t think I’ve ever heard how it all started.

Well, apart from being a life-long nerd, I also have a degree in music and worked on our church staff for 4 years. The last two years of that I served as the Pastor of Music and Worship. But both before and during that time I strongly felt that God wanted me to do some kind of work ministering to geeks. Although it was a good season of ministry and the leadership didn’t want me to step down, I made the difficult decision, ultimately with the blessing of the church, to step down from my job as a worship pastor in order to give my full attention to geek ministry.

In 2006 I launched Spirit Blade Productions with the intent of focusing on audio drama production geared toward Christian Geeks. And while I still do audio work today, I soon branched out into podcasting, online forums and other content creation in the years that followed, eventually re-branding that sector of my work as “Christian Geek Central”. The goal has been to serve as both a gateway to, and creator of, Christian Geek content made with biblical and artistic excellence. In all my work my aim is equip, encourage and inspire Christian Geeks to live increasingly the life God has made us for.

How did you go from opening the website to getting on Youtube, as well as streaming? What have been some encouraging stories from your time streaming?

Early on, close to 10 years ago, another podcaster I met told me I should make content on youtube because of how animated and visually expressive I tend to be. I have trouble keeping up with trends, and so it wasn’t until a few years ago I finally created the Christian Geek Central youtube channel. It was an experiment at first, just releasing one video a week. But as I learned how to manage my time better and saw the channel’s audience begin to slowly yet consistently grow, I began to adapt more of my content to be useable both on our weekly podcast and the youtube channel.

The live streaming part really started with Extra-Life, a charity fundraising event that I wanted to encourage the CGC community to be a part of. Although I always get a little nervous before streaming, I could see people increasingly engaging with me there, and so started doing roughly quarterly live streams, including Extra-Life every year. It’s been yet another branch that attracts unique sets of people, and has been a great opportunity to encourage and equip people who come to hang out and have fun or ask me some deeper questions now and then. The community has been so warm and welcoming to me every time I’ve done a stream, and that’s been a big deal for an insecure geek like me!

How did Spiritblade productions get started and grow? I have the first part and its really done well! I was impressed by the quality and story. What future plans do you have for that?

Thank you! I completed the Spirit Blade Trilogy of audio dramas in 2016, and while I don’t have any plans to continue telling stories in that world, I have begun moving on to a new project I’m calling THE STORYteller Series, which will adapt books of the Bible into audio format with a cinematic and stylized approach specifically intended to appeal to Christian Geeks. The first books to be adapted will be 1st & 2nd Samuel, telling the epic story of King David, and you can hear a sample of the work in progress at spiritblade.com/news. The pace on that project right now is dependent on available funding. Anyone interested in helping speed that work along and getting some exclusive rewards is invited to check out our page at Patreon!

What have been some encouraging messages you’ve received, or results of some form of outreach you have done with CGC that you could share (whether it was from a video, podcast, Extralife, stream, etc)?

I try to keep a document collecting the encouraging feedback I get because the work has its difficult and discouraging side. But the support from so many people over the years has been wonderful and kept me from giving up when things are far from where I’d like them to be.

Early on, a high school student interacting with me on our forums and via e-mail came to the realization (through our discussions and his own truth-seeking) that he and his family were part of a small, cult off-shoot from Christianity. It had been hard seeing evidence of that for years and being powerless to “fix it”. But eventually, both the teenager and his family shortly after left the cult and found an authentic Christian church community to be a part of.

I’ve also heard privately over the years from people who have found the content, or connection with me, to be really meaningful and helpful to them in some of the deep valleys of life they’ve found themselves in. Others have become more involved in their local churches as a result of interacting with my content, which is something I’m always trying to promote among geeks in our increasingly online and isolated lifestyles. That’s been so encouraging, and a reminder to me that this work is worth pursuing.

What would you like CGC to look like in the future? God willing, if you had the funding you needed what would you want to accomplish?

That’s really hard to answer. Over the years I’ve had to increasingly learn to both set a course and keep a loose grip on the wheel. My dreams and visions have changed as time has passed, and God has also made it clear to me repeatedly that he’s not taking me where I thought he was. That has resulted in a sort of slogan that I tell myself.

For a couple years now I’ve had a page taped to the wall above my monitor. At the top it reads “Things Go Different More Often Than They Go Wrong”. (The grammar is off, but I like the rhythm.) Beneath that are two supporting verses:

(Proverbs 19:21) Many are the plans in the mind of a man, but it is the purpose of Yahweh that will stand.

(Romans 8:28) And we know that for those who love God all things work together for good, for those who are called according to his purpose.

So sure, I want to have a larger audience, make a greater impact, all those things. But I want to increasingly train myself to care far more about submitting to God’s agenda and being open to whatever that is. His is the only purpose that will stand, so I might as well try to get on board!

How can I, along with anyone reading this, pray for you, your family or CGC or anything else?

I’d certainly appreciate prayer for my work, that it will be true to what God has revealed in scripture, that it will be attractive and engaging enough to reach those who can benefit from it, and that I will be able to discern how God wants me to use my limited time, resources and energy. Those are constant needs.

But even more than that I’d be grateful for prayer for my wife, Holly. She has been so supportive of this ministry and believes it’s what God wants me to be doing. In light of that, for 12 years now, she has willingly continued working a job that she dislikes and that has become increasingly stressful in the last year. It’s been a really difficult season of life for her lately, and we’re praying for God to in some way shape her heart and mind to endure, change her circumstances, or in some other way bring light into this dark time for her.

-Thank you so much, Michael! I really appreciate your support!

To find out more, check out the links below: 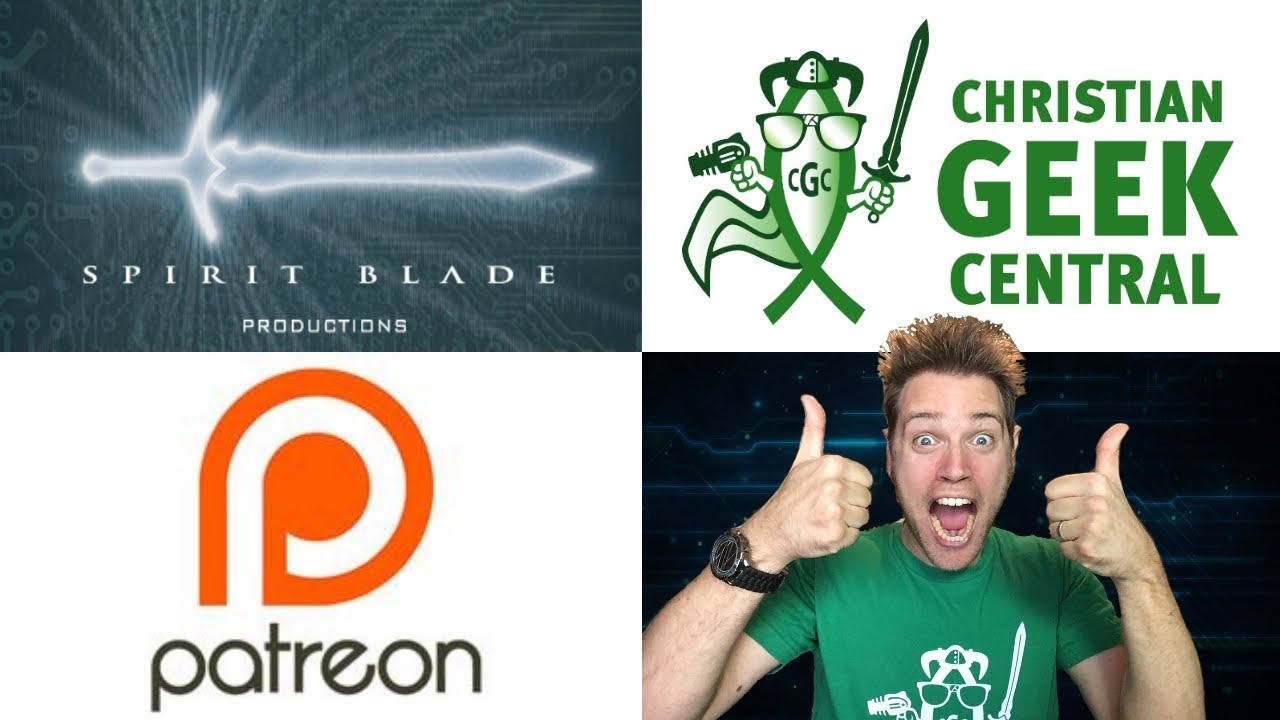