There’s a blog called Reverse Thieves which I came across, thanks to my fellow staff members at Beneath The Tangles. Every Christmas they host an annual Anime Secret Santa project where bloggers sign up, are given someone’s MAL list (My Anime List) and are to look at their own to see if there are shows they haven’t seen but might enjoy. So if someone has watched a lot of comedic or dramatic anime, you pick a few that they haven’t seen for them to review.

My own MAL list consists of many varieties of anime, not specific to one or two genres. I like to jump around and try different styles to see what else is out there. I am not a fan of slice-of-life nor violent or very supernatural shows, but I do like comedy and deep stories with characters that you feel for. I was hoping to watch a hidden gem that I had never heard of that would blow me away, but instead I got something…else.

Space Dandy! This was a program that premiered on Adult Swim, which is part of Cartoon Network. I was weary of watching it, because presentations that are on that block are often vulgar, silly, or make no sense. Sometimes they have some good anime, like Attack on Titan or One Piece, but Space Dandy wasn’t one I was familiar with. I did not finish all 13 episodes for reasons I will explain below, but I can safely say my suspicions were verified after watching episode 1. It’s about a young guy who thinks he’s hottest and  most amazing person in the galaxy, going to a popular intergalactic bar franchise called Boobies (yes, the name says it all) or other locations looking for unregistered aliens. Once he finds them, he can turn them in for a bounty and get paid, but he’s been pretty out of look lately and only gets in trouble.

His crew is made up of a logical yet sarcastic robot named QT and a cat looking alien, Meow. Very original, I know! They are pretty funny and just going along for the ride that is Dandy’s personality, because that’s what keeps the show going. He is the center of every episode but for me, it got boring pretty quick. Each episode is a separate adventure unrelated to the others in most aspects, except for the enemies that are consistently after them. I didn’t expect much from this show after the first two episodes, except cliche humor or silly comments from Dandy about how amazing he is.

I can see why this show would be aired on Adult Swim, which has programming late at night when most people are pretty tired or falling asleep. In this way, you could watch some weird and dandy show (see what I did there?) while drowsy and you won’t pay much attention to it. At times, I almost felt like this anime was created just for that block of television since it matched so well with their other shows.

I attempted to watch the entire first 13 episode season, but couldn’t get myself to finish it. I will give it another try later on, so for now I can only recommend it to those who don’t mind an anime that takes itself seriously. There are many funny parts, perverted scenes aside, and the animation isn’t that bad. Dandy isn’t someone we can look up to, but his determination to go where the action is, reminded me as a Christian to be fearless and not worry about what will happen next. Fear holds us all back, so I have been repeating this verse to myself out loud whenever I remember:

For God has not given us a spirit of fear and timidity, but of power, love, and self-discipline.

Watch if you:
(+) Enjoy silliness and comedy
(+) Enjoy space adventures or anything space related
(+) Aliens.

Skip if you:
(-) Don’t enjoy perverted comments
(-) Want a serious plot with deep, meaningful characters
(-) Prefer your anime making some kind of sense….

Content to Look Out For:
(-) Fan service when Dandy goes to his favorite bar, “Boobies”. Take a guess why it’s called that.

I receive a commission from every purchase which helps pay the yearly cost of the website, updates to the design and giveaways!  *Purchase Space Dandy* 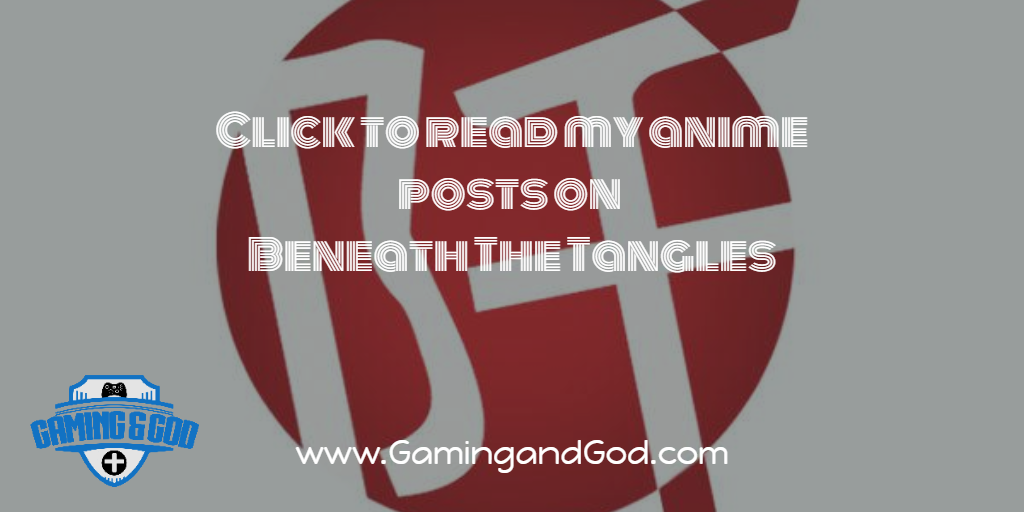