When I was younger, I wanted to be Goku. He was strong and he was kind. What more could a little boy ask for in a role model! Not everyone has a beautiful home to go to, with a nice family and fond memories where everything is easy. For me, living without a father, siblings or extended family I yearned for male inspirations I could draw from. I never got into anything harmful or negative in my youth as I was a typical geek so when I would watch this interesting form of media called anime (which looked like grown-up cartoons) it was cool. Dragonball Z was the one that all us guys wanted to see more of, because it reflected how to be tough through being disciplined and defeating the bad guys. Goku being the main hero of the saga, he would always arrive just in time to save the day even if he was there late.

Goku is a Saiyan, a warrior race from planet Vegeta. Their home was annihilated by the evil Frieza who considers emperor over the universe. After landing on Earth as a baby, little by little he surpassed trial, foe, and competition one after the other to become the strongest fighter in the globe. As the episodes went on, Goku transcended his Saiyan form to become a Super Saiyan during the Freiza Saga after his friend Krillin died. 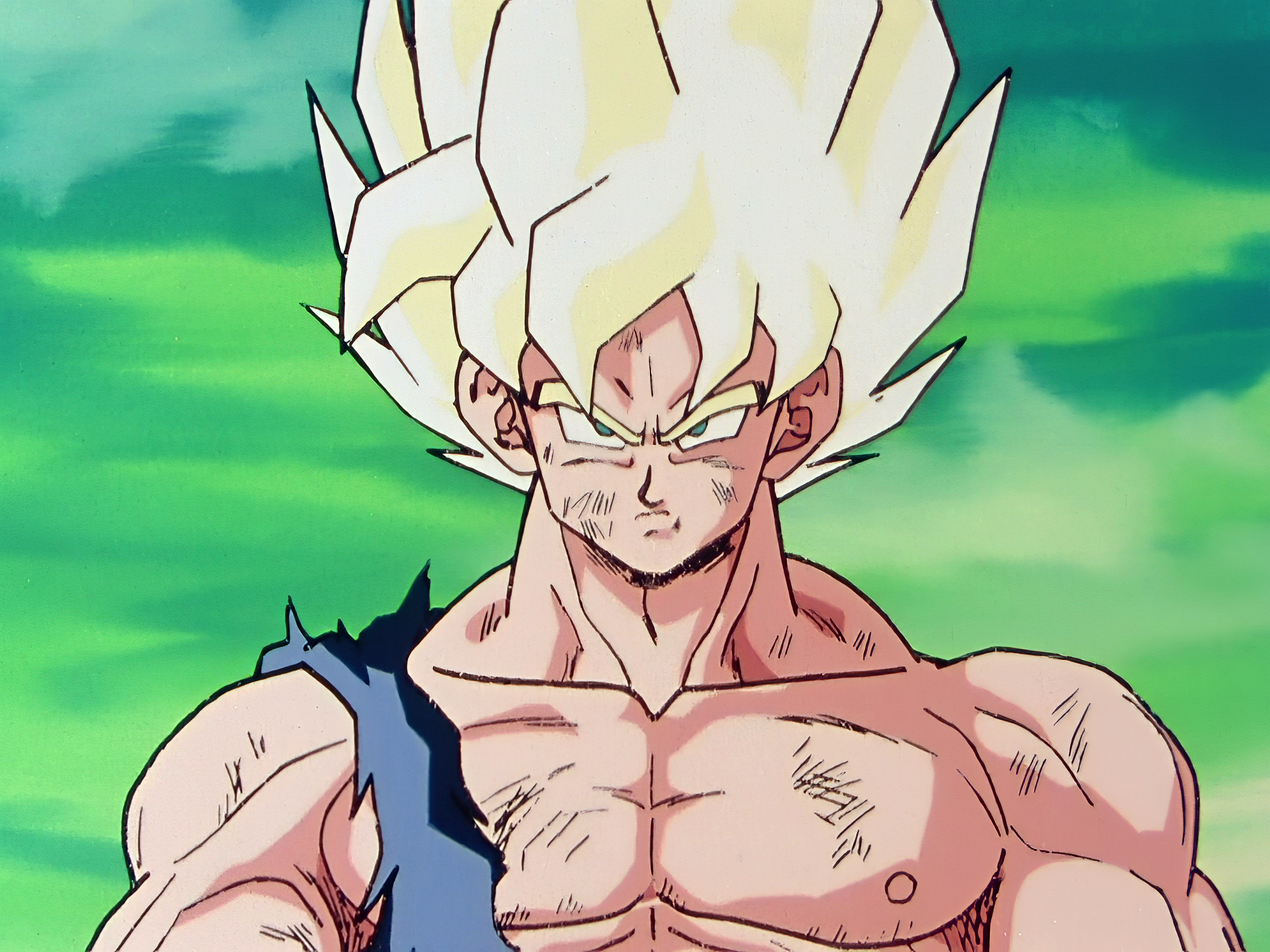 With all his strength, Goku kept on saving the Earth and going beyond the Super Saiyan until he became Super Saiyan 2, then 3. Not a very creative name, but it is what it is. By the end of Dragonball Z, Super Saiyan 3 was the highest level until the new series called Dragonball Super arrived. During the first few episodes, Goku again passes his limits and becomes a Super Saiyan god, which is a legendary form never seen before. He needs this power to battle the god of destruction, Beerus who wants to destroy the Earth.

Vegeta is the prince of Saiyans and Goku’s constant rival. He also gained the ability to become a Super Saiyan god, but instead of gathering strength from other Super Saiyans as Goku did to achieve it, he did it through training on his own. This gave him an ego boost since he was able to do it alone, while Goku had help from his friends

I’m not too concerned about Goku having god-like powers, because he always does the right thing and doesn’t have the heart to harm others for no reason. Vegeta, on the other hand, has more than once destroyed entire planets or stadiums full of people. For example, during their battle against Golden Frieza, which was a resurrected and upgraded form of the diabolical ruler, Goku gave him several opportunities to warm up and test out his strength which almost cost Goku his life. He did this because of giving his enemy a chance to do their best during the fight, but when it was Vegeta’s turn he quickly beat Golden Frieza down and tried to end the battle brutally.

So how does he go about keeping that rage in check while having god-like capabilities? What keeps Goku from losing his cool and blowing up half a continent though? That’s simple, and it’s only one word.

Since the beginning of the series, Goku might flaunt his power to his enemies, but never to his family or friends. His goal has always been to be the best, and even when he achieves that, his humility keeps him from showing off. Compared to other characters who love to puff their chests out, Goku just smiles and keeps training. To him, the power of a god is just a way to defend Earth, a means to an end. Vegeta wants the power of a god to beat Goku, plain and simple. Aside from being the strongest, there is no other underlying motive for their persistence.

If I had Goku’s power, I wonder if I could help myself from giving my “enemies” a little taste of some Super Saiyan God energy blasts. And god-powers aside, I’m not even sure what I would do if I had a little more wealth than I do now, or a little more fame.

Everyone wants power and wealth, but sometimes we don’t realize how much responsibility those things mean, and how much harder it is for us to be humble when we get them.

I am at a point in my life where I have lived longer than others. This can place me in a position of power over some people, and gives me the opportunity to be Mr. Know It All. It can be tough when I know the right answer to a problem or have a story to share about a situation, but it’s not the right time to say it. Humility is what reminds me to close my mouth and wait.

Being humble is a character trait that I find hard to act out as I get older, since when I was a child most of my peers knew as much as I did (which wasn’t a whole lot), had around the same social status or toys as each other. If we didn’t, we shared. As adults, people can be very different whether it’s their faith, finances, what kind of relationship they are in and other factors.

Instead of trying to be the one who has all the answers, I remember Goku who even with the powers of a god still does all he can to protect his friends, family and home while still keeping the same child-like attitude. Having lots of money, notoriety and relationships doesn’t make you better than someone else. In my eyes, having so many blessings only means to be that much more of a blessing to others. I’ve been to a couple countries where there is a lot of poverty and lack of opportunity, and every time I saw it I was reminded of all that I had waiting for me back home in terms of material wealth and I was thankful. It also encouraged me to be more of a giver and thank God every single day for all I have. I’m not such a great person but He is the one that gives me strength to stay humble and die to my own urge to flaunt what I know or what I have.